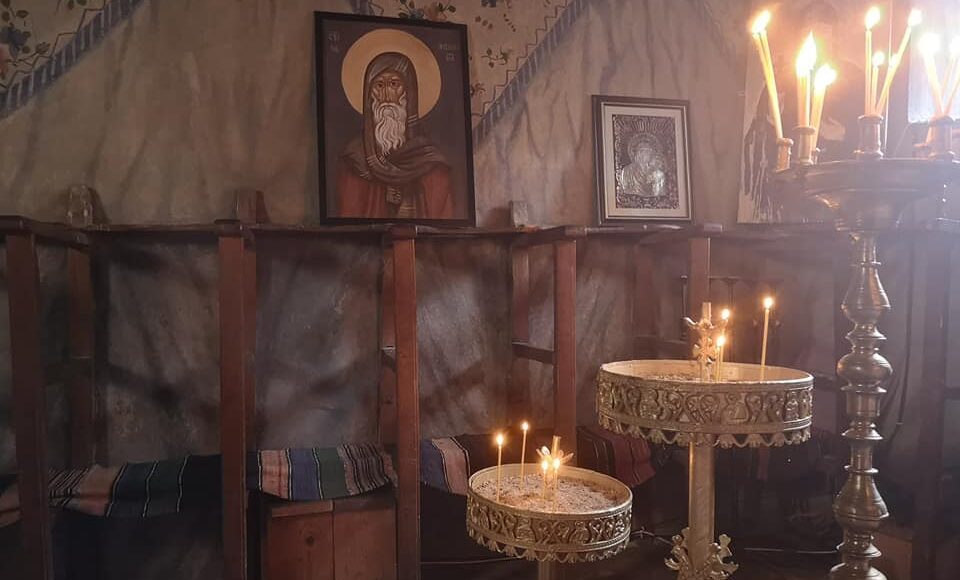 In the church of St. Anthony the Great in Melnik chase demons and heal souls

There are many churches and temples around the world where miracles happen. However, the Melnik’s church of St. Anthony the Great is also known for healing people with disturbed mental health and those who are possessed by demons. In order to chase away the evil spirits and heal their soul the believers sleep in the holy place on the night before the temple holiday – January 17, when St Anthony the Great is celebrated by the Orthodox church. In more severe cases, the demon-possessed had to spend the 40 nights in the church. In the past they were tied to the central column of the temple with iron handcuffs and shackles, which can still be seen in the same place. 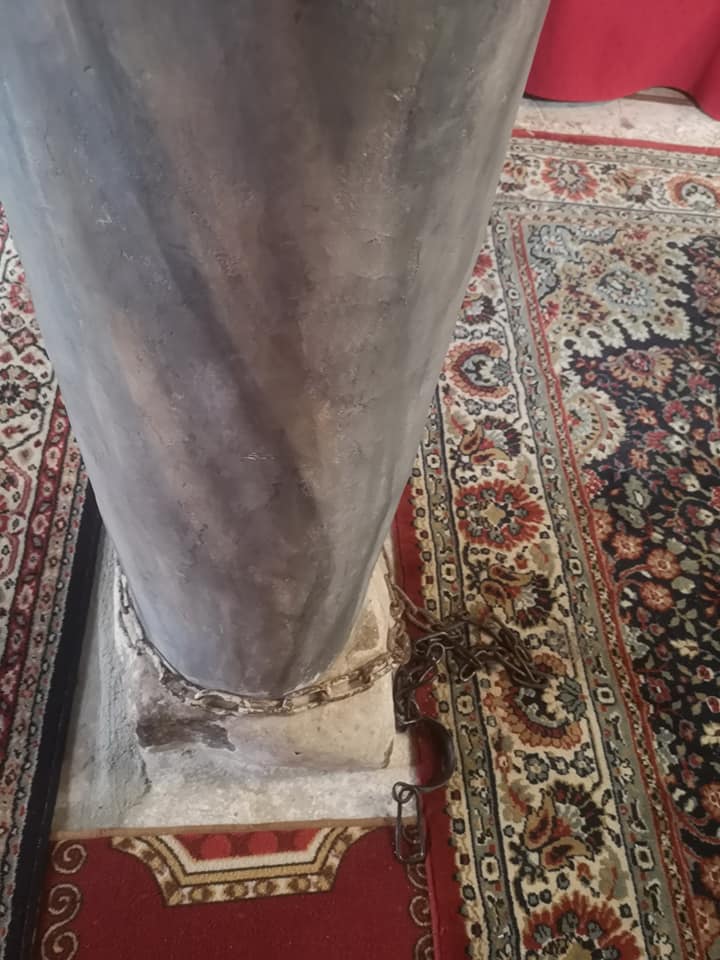 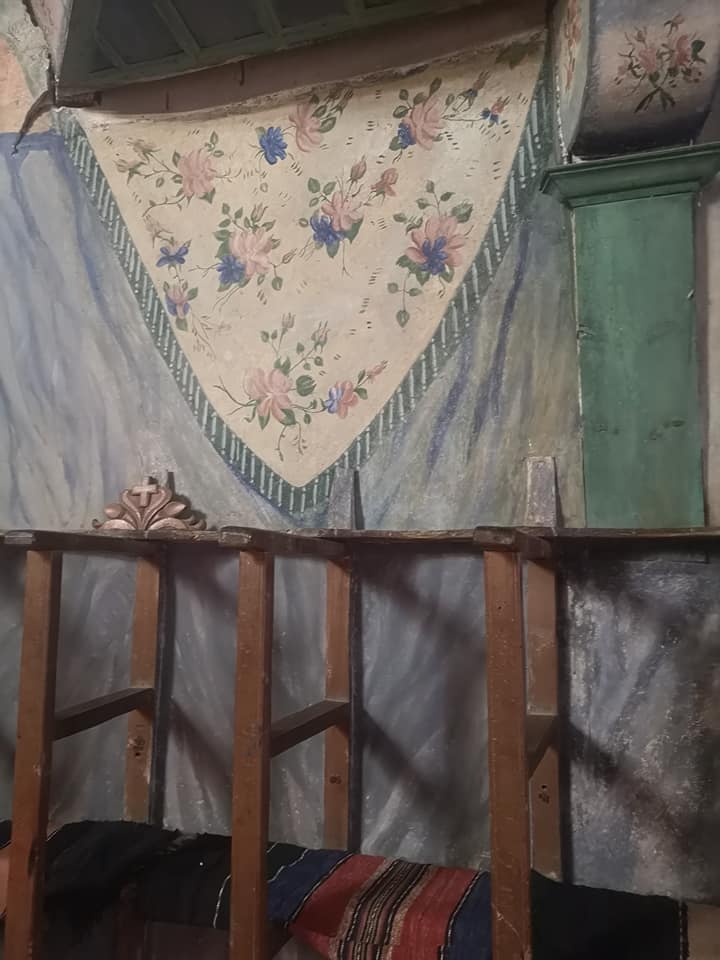 In the church of Melnik also often happen miracles  – sick people are healed after their prayers are heard by St. Anthony.

Built in the 18th century, the church is one of only two in Europe that bears the name of the saint. The other is the basilica in the Italian city of Padua. The way of painting the church is also interesting – with flowers. The icons are not painted on the walls, but given as gifts by believers. 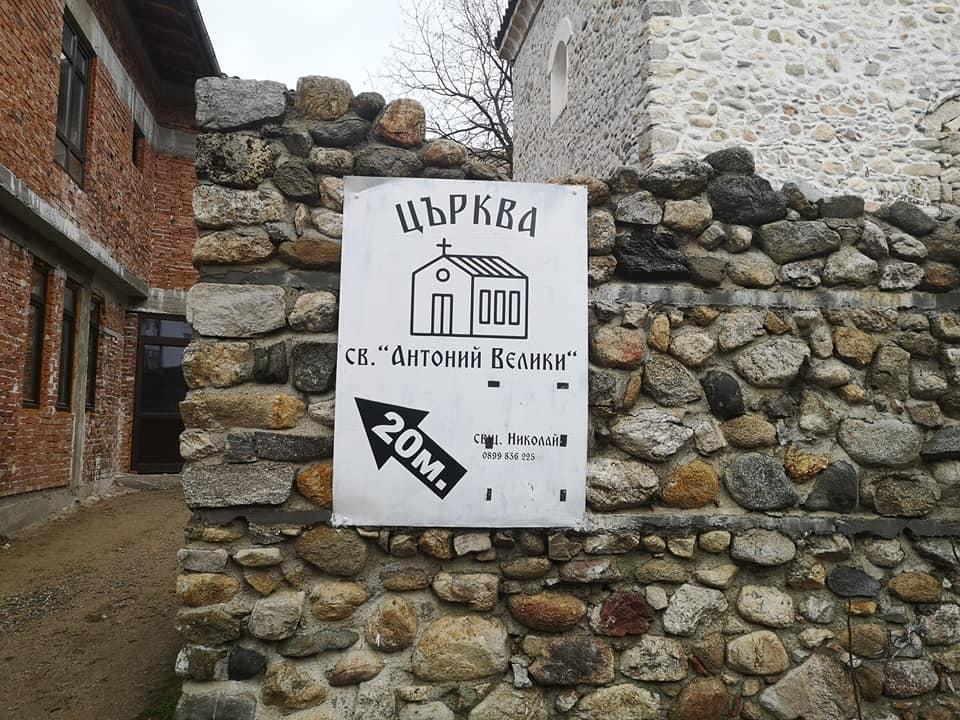 Among the other miracles that the locals can tell you is the story that decades ago the icons of the iconostasis had to be restored, was taken from the church but then instead of bringing them back the icons mysteriously disappeared. They were replaced with new ones, but the colours on the ones fade away rapidly, while the icon of St. Anthony is the only one that remains unchanged. Locals believe that the saint does not accept the imposed drawings next door and this is the reason for the anomaly. 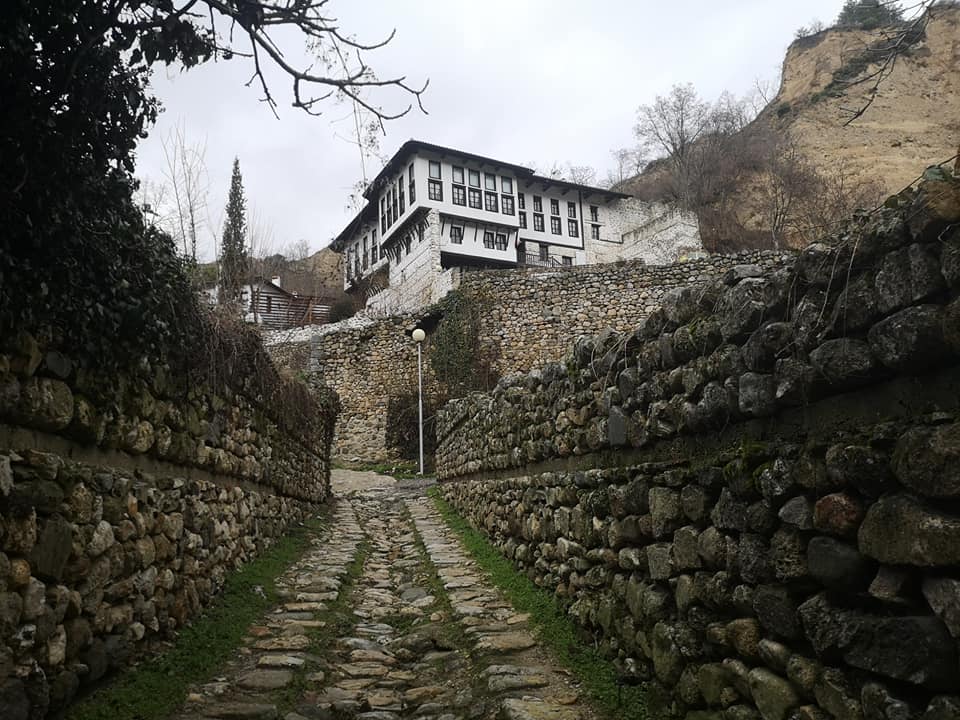 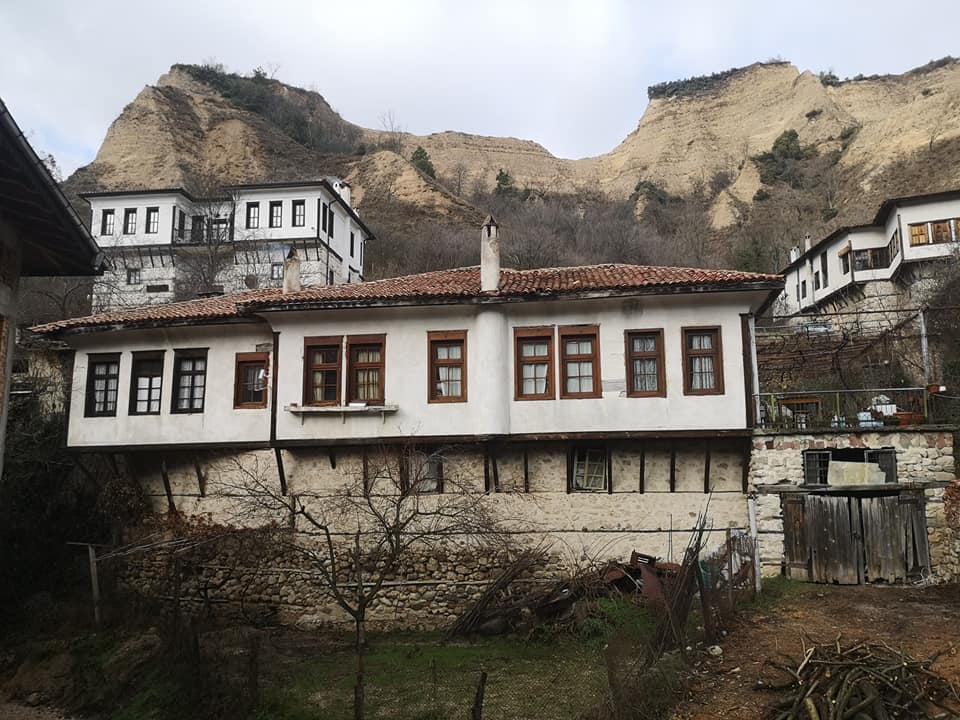 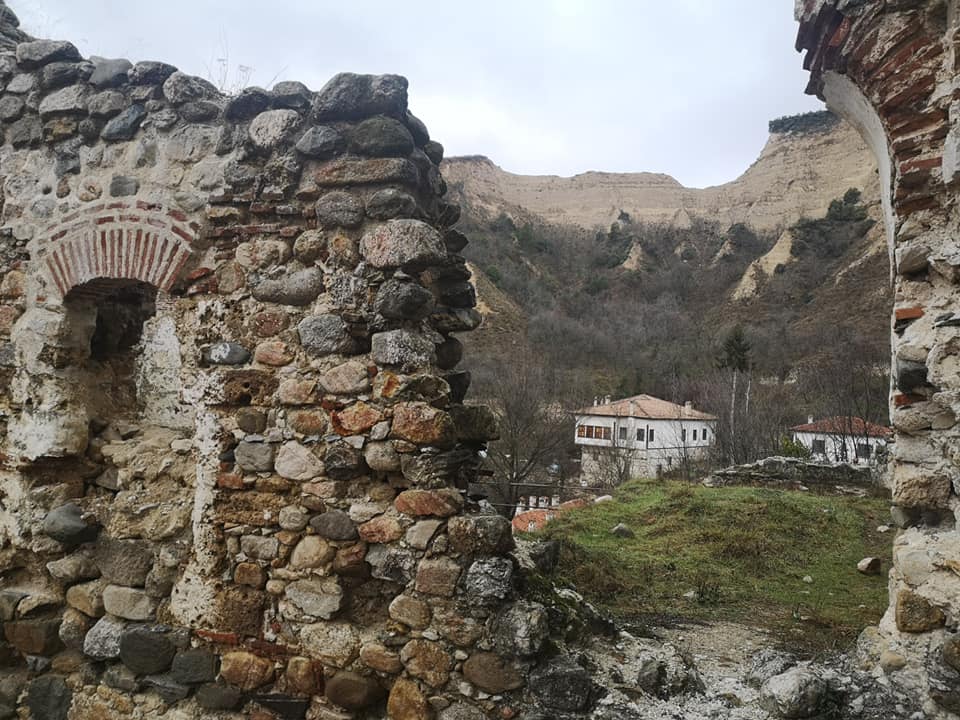 However, the unique temple is not the only reason to visit the smallest town in Bulgaria and in Europe – Melnik. Undoubtedly, its fame is mainly due to the local wine and especially to the wide Melnik vine variety, which is grown only in the region. When you drink it you feel a combination of strawberries, white cherries, and sometimes hints of tobacco, dried mint and black pepper. It is said that wine contains the enzyme of longevity, and its glory dates back to the time of the Roman emperor Trajan – from the 2nd century AD. According to local legend, after many centuries it became a favourite of Winston Churchill, who ordered tons of wine every year from the smallest Bulgarian town for himself and his guests. 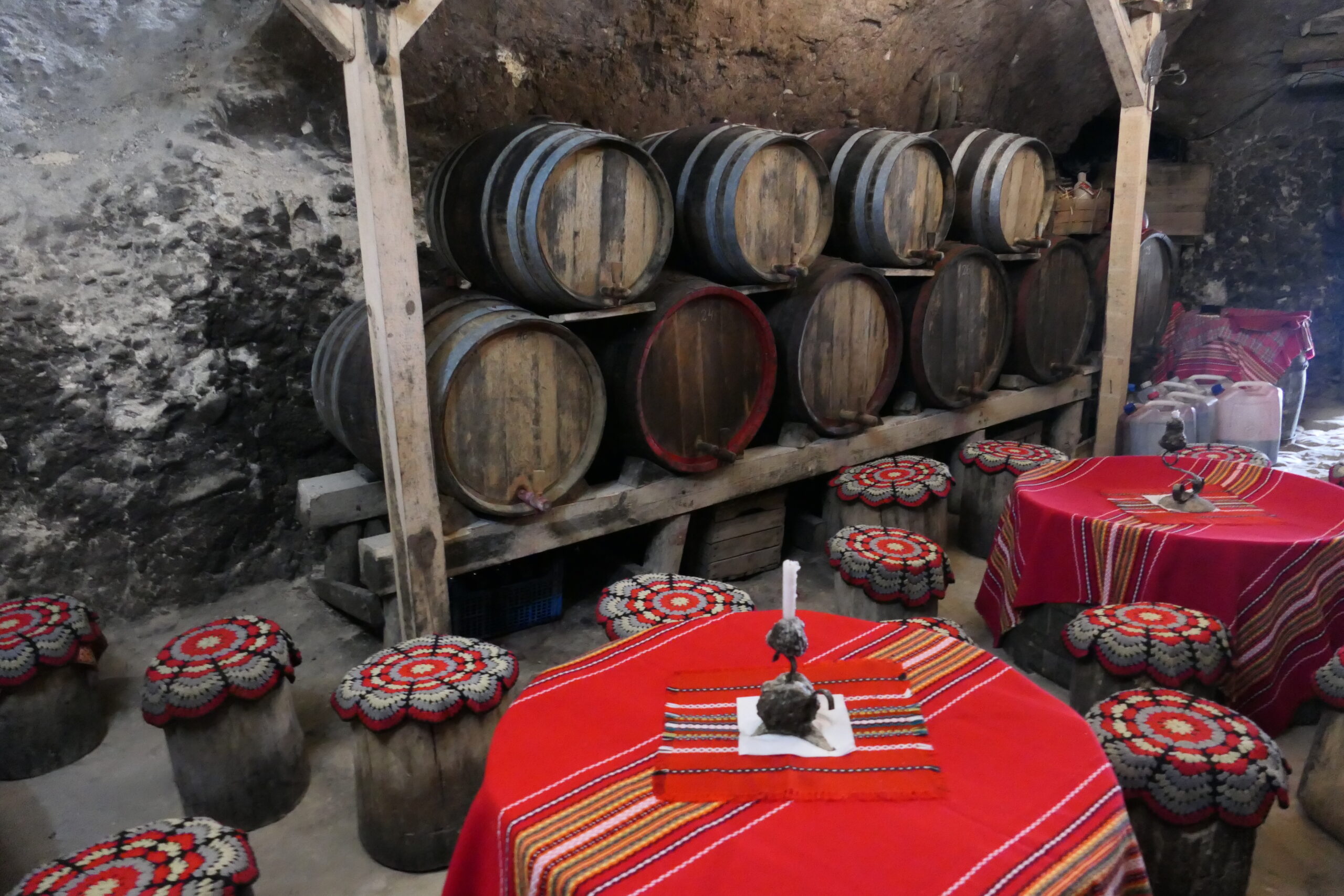 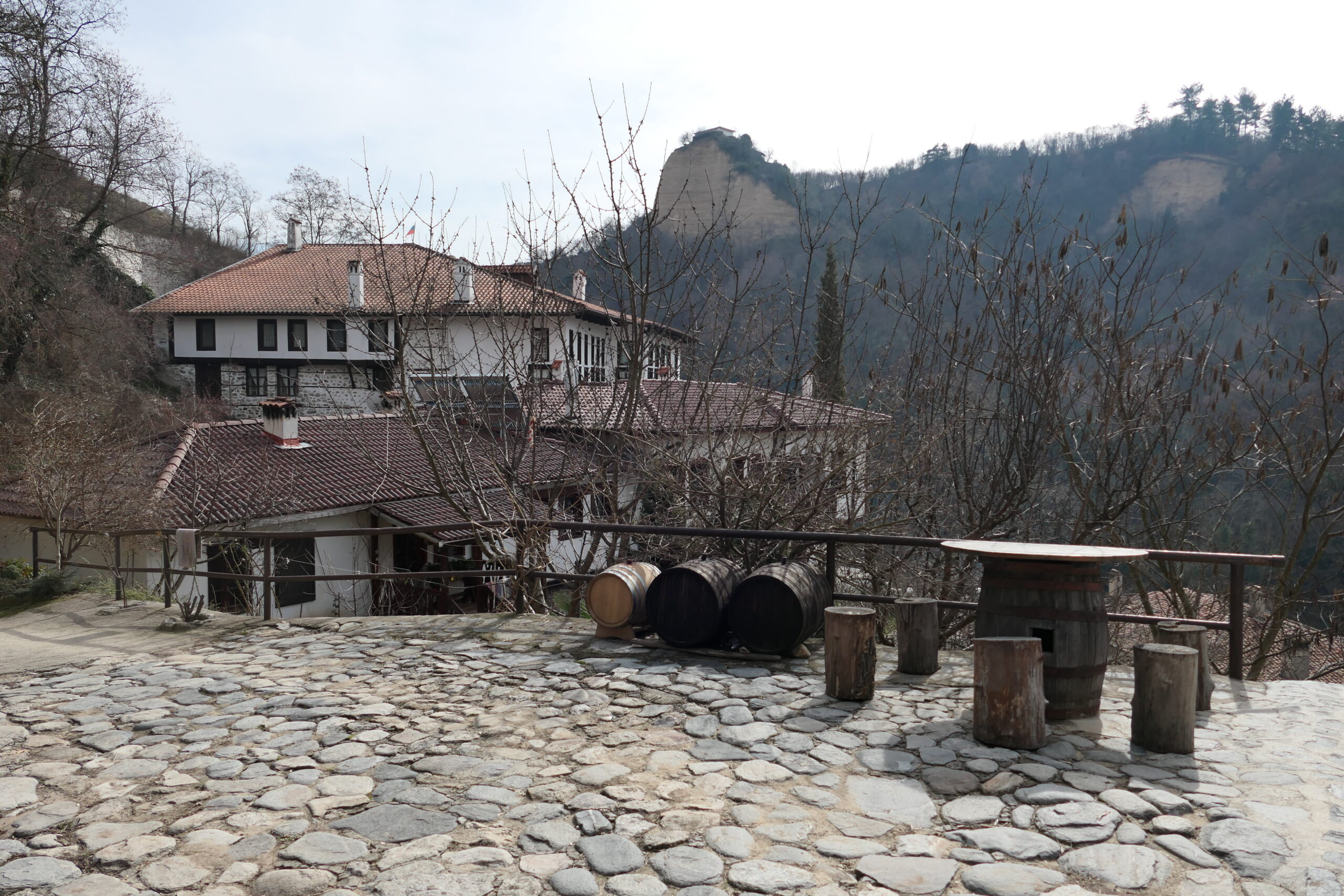 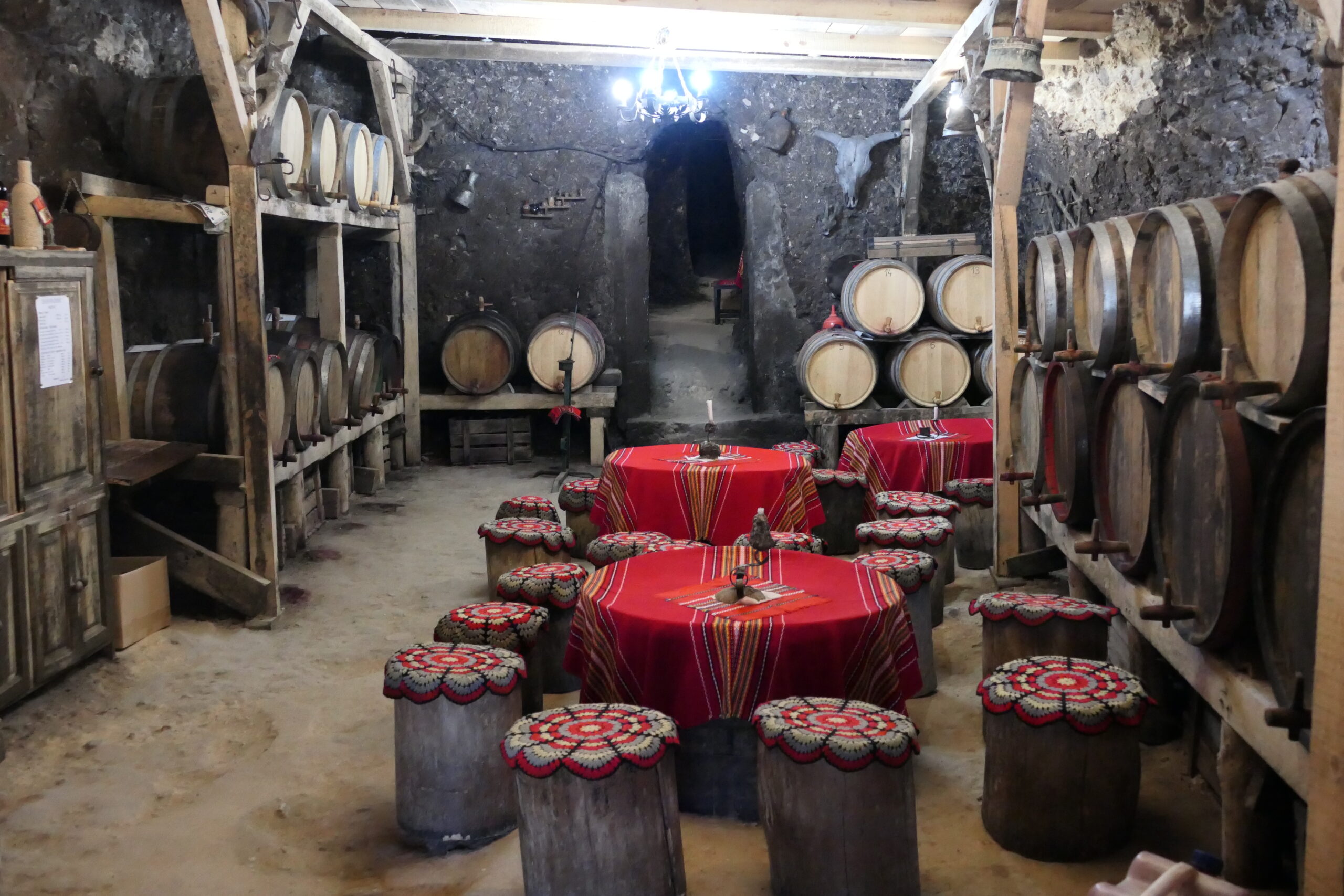 The other reason for the glory of the city are the interesting natural formations called the Melnik pyramids. The height of their towers reaches 100 meters. In fact, the clay and sand from which they were sculpted by wind and water were the bottom of a shallow lake that existed 4-5 million years ago. 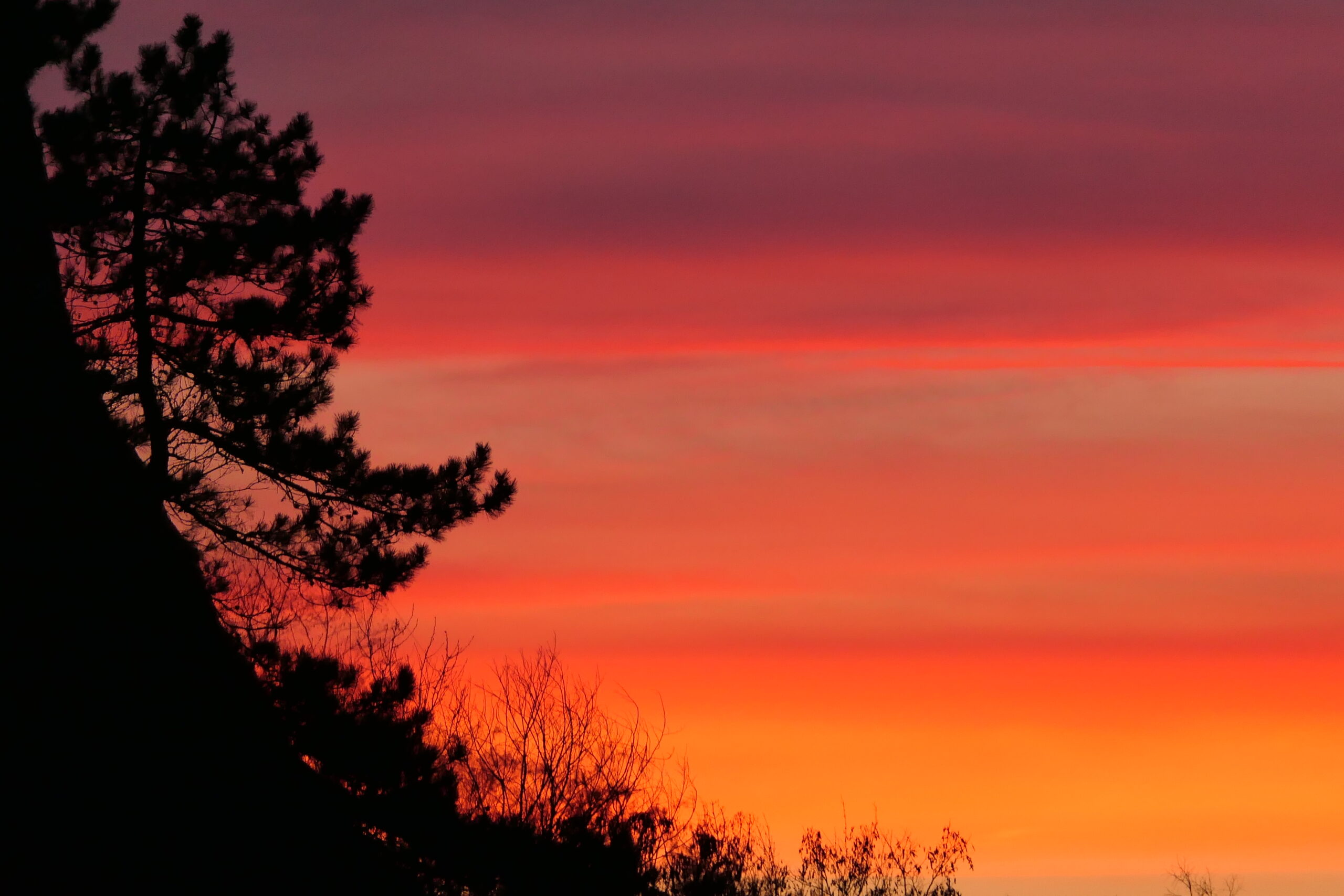 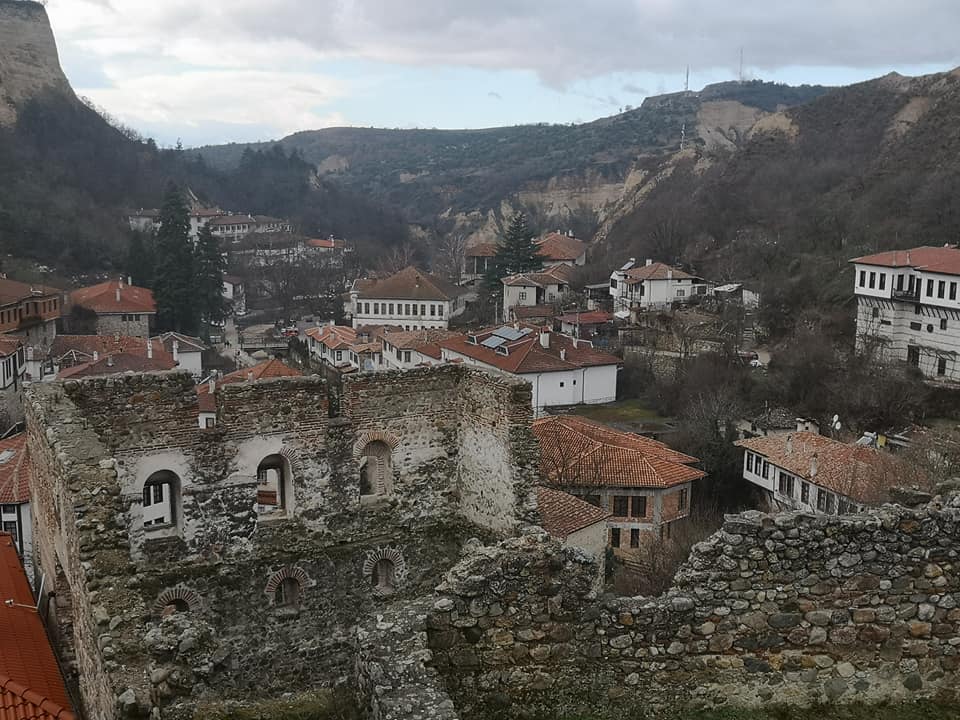 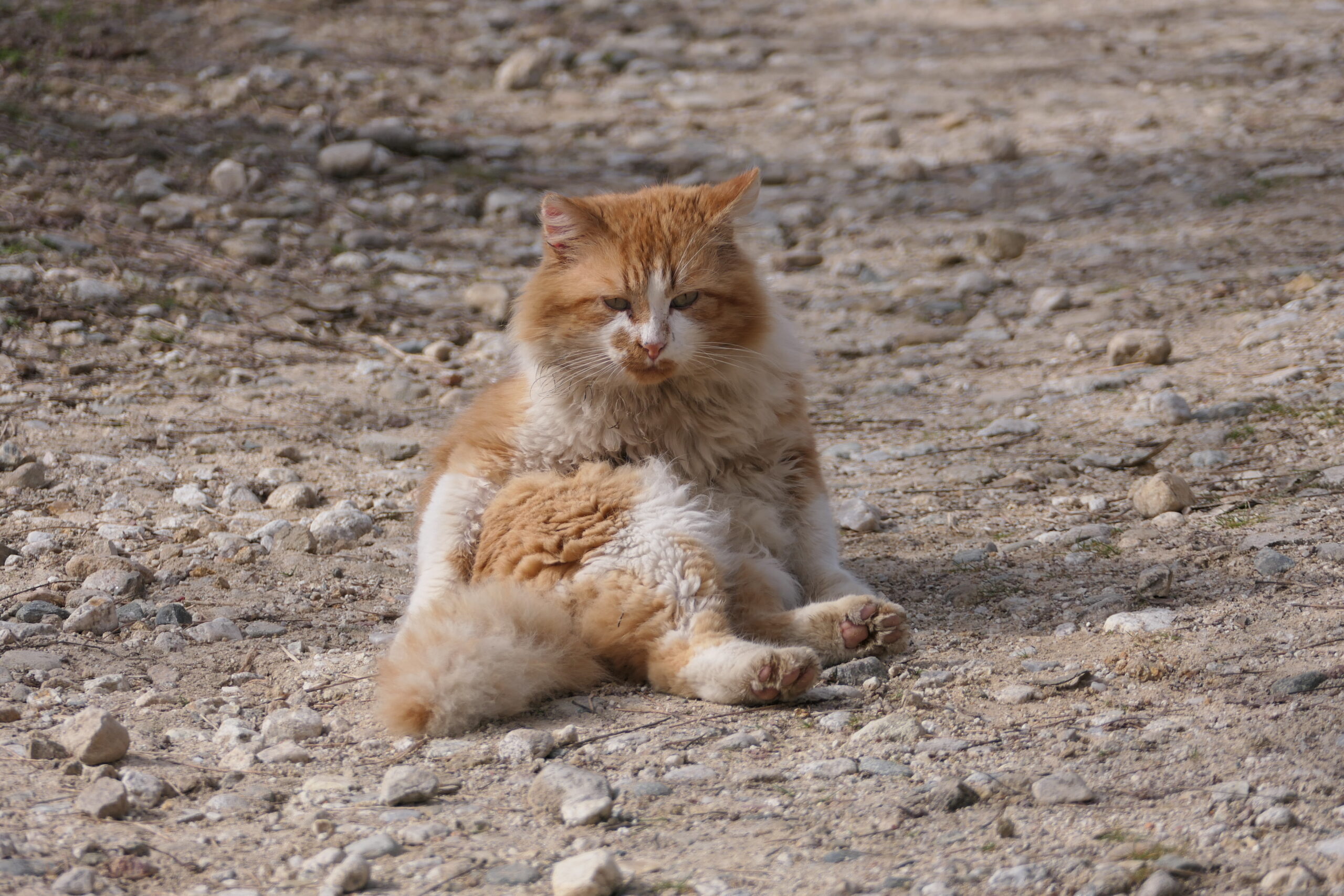 Due to the movement of the continental plates and the folding of the earth’s layers, its water swelled. Millions of years later, the flowing mountain waters, making their way through the accumulated rock mass, form deep valleys. All these processes make the bizarre rock formations a favourite place for taking photos. From Melnik to the pyramids lead eco-trails, and the most beautiful views are on the one to the Rozhen Monastery, where in addition to typical pyramids you can also enjoy rock needles, mushrooms, cones and other figures. 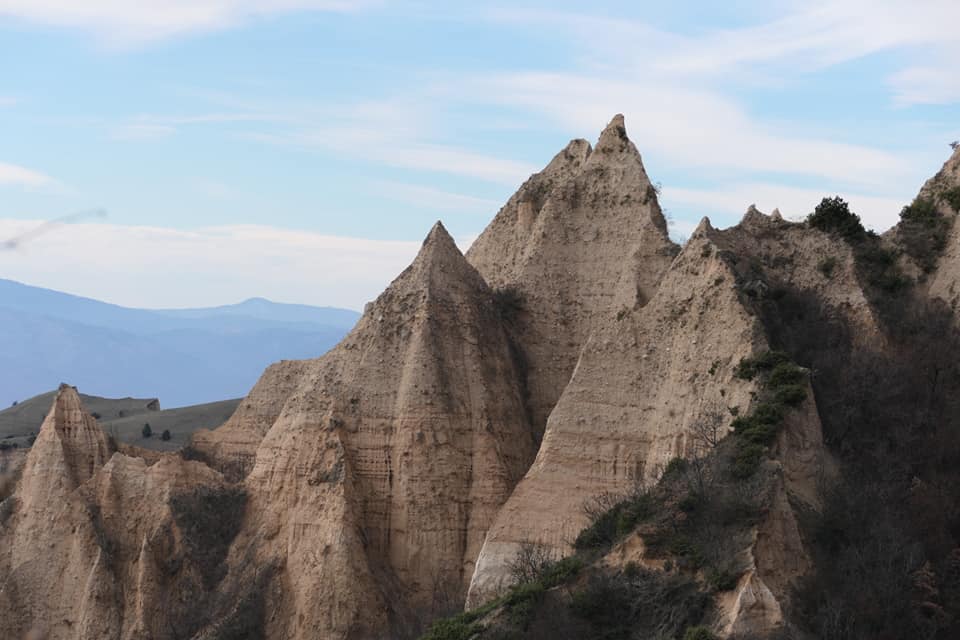 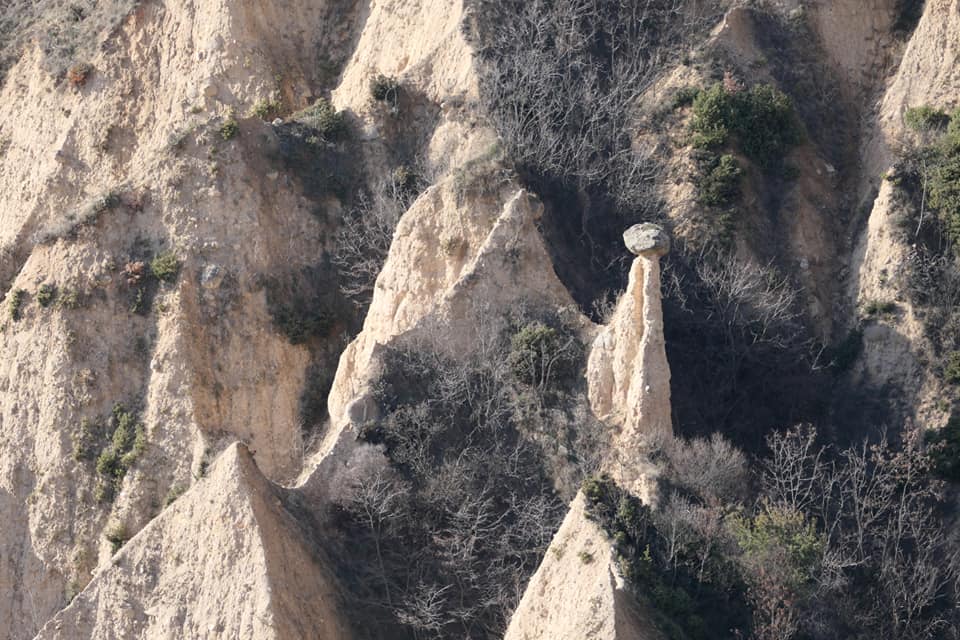 The history of Melnik is also interesting. It began thousands of years ago, when the Thracian tribe of Medi liked the region and in the period 1-3 century AD made it their home. On the plateau of St. Nicholas above Melnik there is a Thracian sanctuary, which was later turned into a temple dedicated to the goddess Bendida. 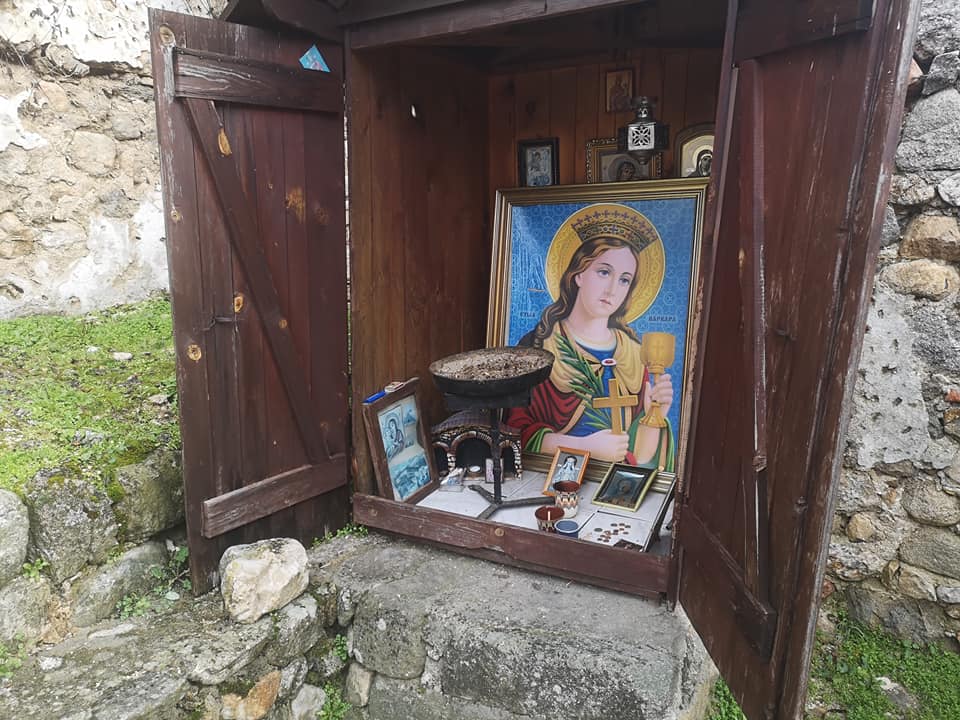 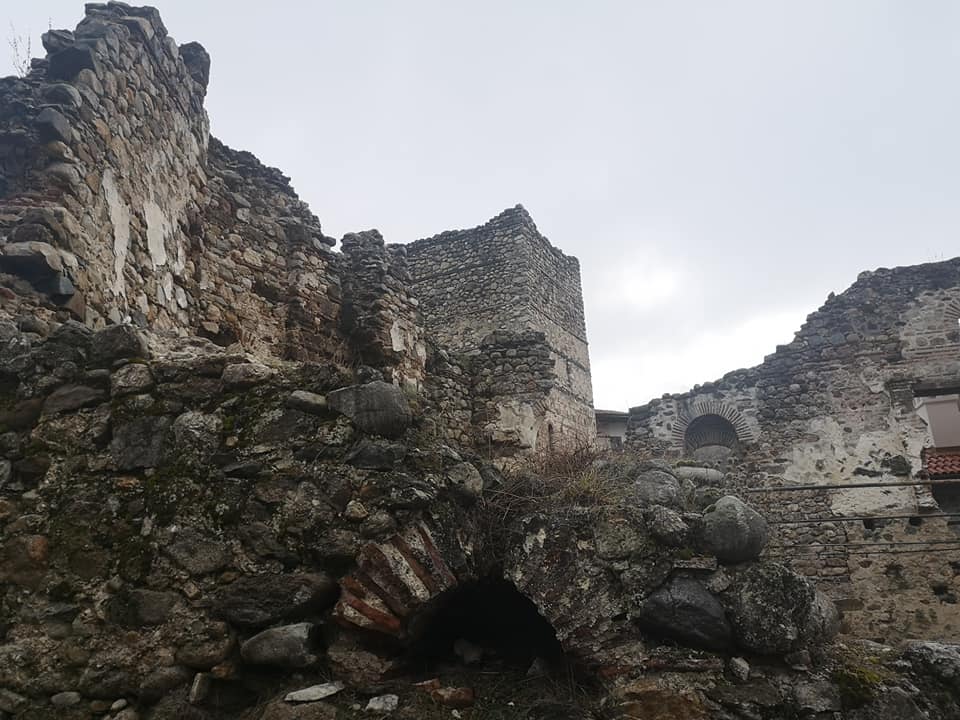 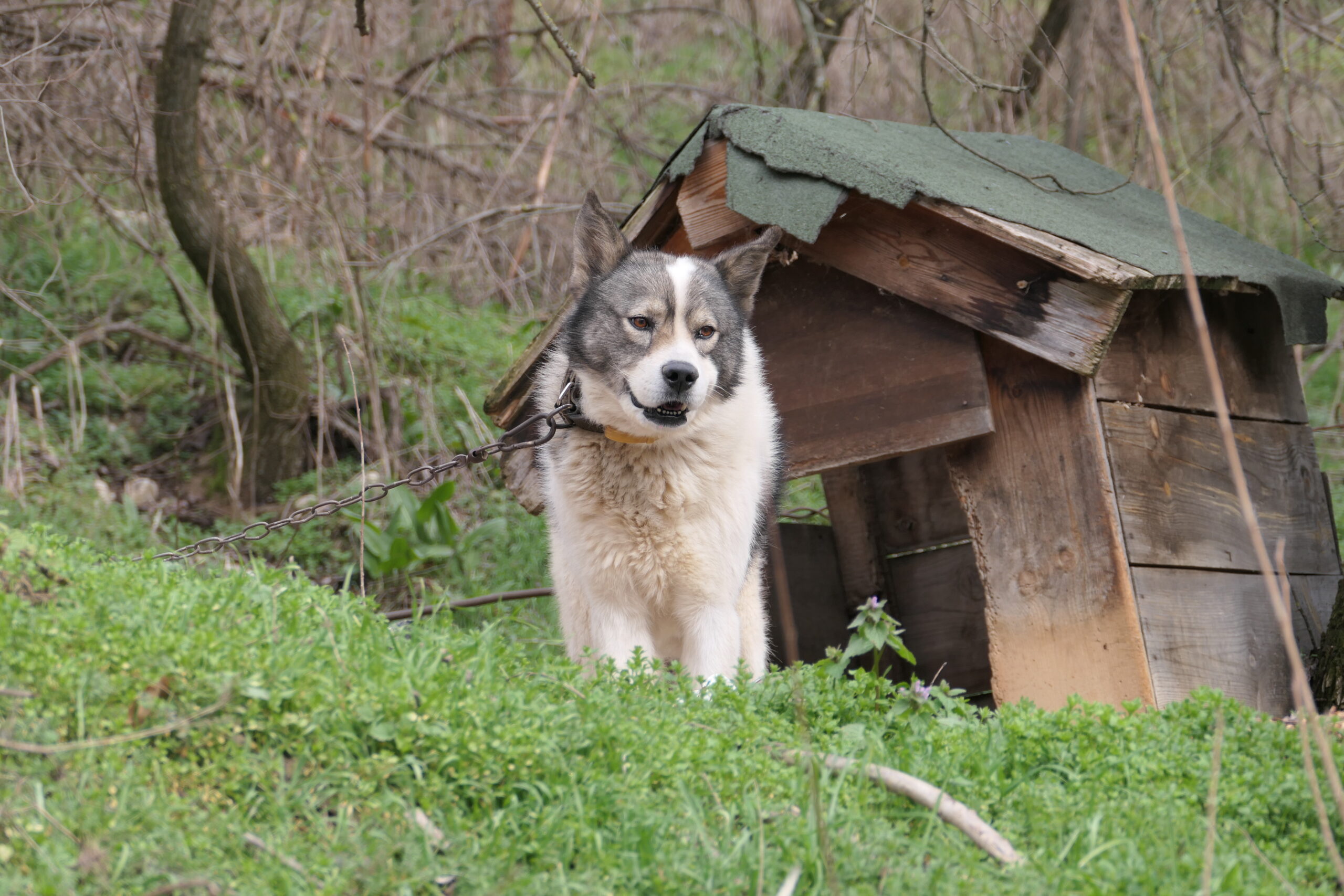 In the 13th century Melnik was proclaimed the capital of the Western Rhodopes state during the reign of the ruler Alexei Slav. Then the city was fortified with fortress walls. During this period it was also the centre of the Melnik diocese, which explains the large number of temples in a relatively small area.

Among the sights you can see are the remains of the impressive Bolyarska House, which is one of the oldest on the Balkan Peninsula, Kordopulova House with its typical Revival architecture, the metropolitan churches St. Nicholas and St. Nicholas the Wonderworker, the ruins of the church St. Barbara , the churches St. St. Peter and Paul  and  St. John the Forerunner, the old Turkish bath. It is no coincidence that Melnik has been declared a city-museum and is under the protection of UNESCO. 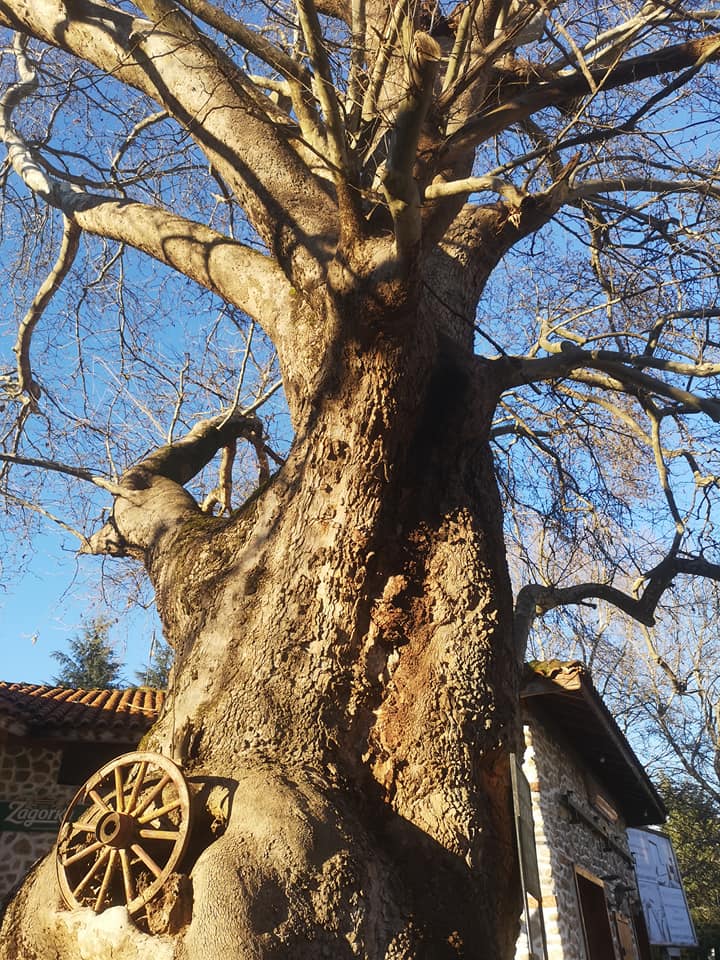 In the church of St. Anthony the Great in Melnik chase demons and heal souls was last modified: March 29th, 2021 by Natalia Malcheva 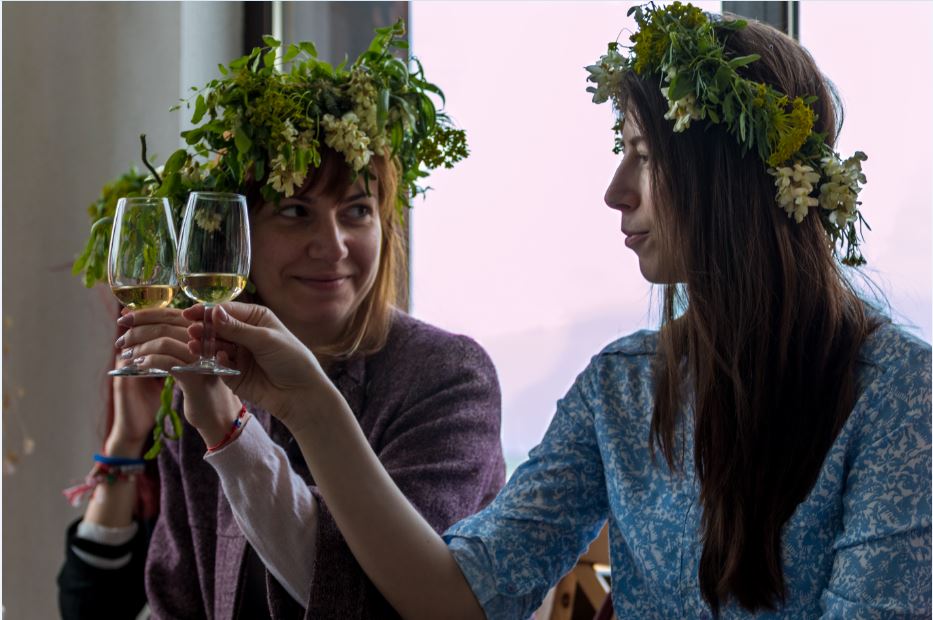 In Melnik are looking for the best local wine 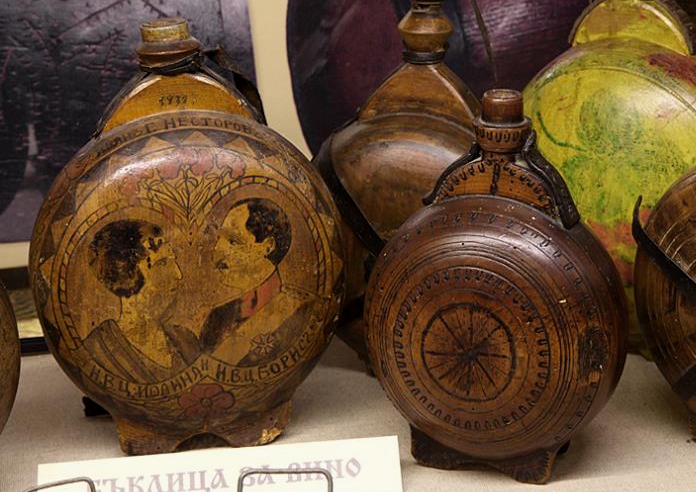 See traditional crafts at the Melnik Days of Renaissance Culture